Back to a driving rant today. If it sounds like I have a lot of beef when it comes to driving habits and related problems, I do. I promise that I am not a candidate for road rage. You won’t see me on the evening news surrounded by cops with their guns drawn trying to get me to calm down. I try to keep my feeling between me and the windshield.

Have you noticed how traffic lights are programmed? There are some that just seem to work right. They adjust for different times of the day, expected traffic flow, etc. Cross streets get less time because there are typically fewer cars, and the main streets and heavily used turns get their respective “weight” in time being turned green. That is how intelligently programmed lights are supposed to work, and they make traffic flow as best as possible, even during the busy times. 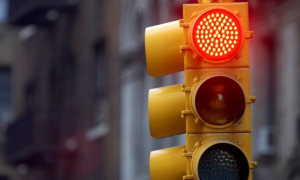 Recently there have been a few lights installed in my city as we are experiencing tremendous housing and even some business growth (finally). Busy streets have made a few crossing roads nearly impossible to get through during rush hour or even semi-busy times. So the lights were welcome in my opinion. Now for the rant. Both of these lights, though one is worse than the other, are absolutely terrible on the way they change according to upcoming cars on the cross street, plus how long they stay on the cross street. The one, in particular, is about a half mile from an interstate off-ramp. 9 times out of 10 I will come off of I-15 and get stopped by this light. Probably 4 out of those 9 times there will be no cars waiting to get through the light on the cross street. I can’t figure it out, whether this is just a timed event or if the sensors (they use cameras, not the in-ground variety) are picking up a false signal.

This particularly seems to happen late at night, when my wife and I are coming back from a date or some other reason to be out later. At least, that is when I notice it the most because it is blatantly working poorly. Pulling up to the light with no other cars in sight from any direction and it changes. Then, like there is some hidden operator watching through that traffic camera snickering, I have to wait for an over a minute (seems like 10 minutes) for the light to change back and let me through. I am so tempted to just look both ways and take off through the light, but with my luck, that would be when some traffic cop is off the side with his lights off waiting for an idiot like me to pull that stunt. 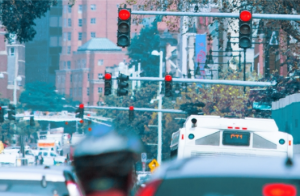 I guess if I really wanted to do something about it I could file a complaint with the city, but that would take effort that I am not sure I am willing to put out. So the light is likely to stay screwed up, and I will continue to use other routes to avoid it.

There has to be some city worker that passes through this way and noticed it, right? I can’t believe I am the only one on the planet to get stopped with regularity and made to wait an inordinate amount of time. Maybe it is some inside joke with the department. I can see them having a feed hooked up through the traffic cameras to zoom in on the driver’s faces. They record the expressions, beating of the steering wheels and try to lip read the best curses. Video gets stored in the “best of” vault for department parties. If I could just have access to view these, I might feel better about the lights and laugh along with them. I’m all for a good prank, but if it is just stupidity and laziness, then I’m still ticked.

So what do you think? Prank or bad programming. Unfortunately, I think it is the latter, which is why I write this rant. If I thought it was a prank, I might stick it over on What’s Gotta Stay along with some good footage.