It is easy to determine the symbolic energetic essence hidden within in the numerological vibration of a particular year. And if you are a big believer in numerology they there you should definitely check out Mindfulnessandjustice. There you can all the necessary information that is there about the art of numerology. You can find your luck number and all other details that you need if you follow numerology.

To do so, simply add together all the numbers in the year reducing them to a single digit, according to the ancient principles of numerology an arcane belief in the mystical significance of numbers. The condensed number is the year number.

If at any point, when adding the year numbers together, the total delivers a Master number,…stop, and examine the number as a whole.

Never reduce master numbers such as 11, 22, or 33 to a single digit. They always remain intact, according to the tenets of numerology. They hold more evolved core energies. The master numbers resonate at a higher vibration and thus hold more complex energies than the energies imbued in the non-master numbers.

The number 11 is determined by adding 2+0+0+9 to arrive at the total of eleven. The eleven is a master number. Therefore, do not reduce it to a two by adding 1 + 1. Although the two should still be a minor consideration when considering the significance of the 11, as well as the double influence of the number one.

The eleven’s vibration contains the potential to influence the progress and course of the entire year in a more magnetic, spiritually aware way. Its enlightened energy will inspire the pulse of the New Year to resonate with a higher form of knowledge. It facilitates a wisdom that surpasses common knowing and has the potential to generate the insight that will lead to peacekeeping gestures as well as perceptive approaches to problem solving.

The 11 holds both masculine and feminine properties. It can synthesize opposites and makes us keenly aware of universal relationships. It is a strong number. A number that vibrates at a higher octave thereby trumping the energy of the ten, a perfect number.

Regrettably, a master number’s potential often remains unfulfilled because master number forces are traditionally more convoluted and difficult to tap. Often the lower vibrations of the singular numbers within a master number are all that are ever realized.

Its darker side portends the global risk of enemies and suffering duplicity or disloyalty at their hands through gullibility and vulnerability.

In the year 2009, the world will have the greatest opportunity to harvest the maximum karmic reward from the year number 11 by having the conviction to trust the flickers of information accessible at the moment when intuition entwines with rational knowledge. Recognizing this fortuitously perceptive flash of comprehensive information will enable people to interpret the multi-dimensional aspects of a situation, as opposed to the one-dimensional aspects available when using only raw logic.

In the year 2009, the essence of the two, the nine, and the one also hold some symbolic capacity. Their individual influence, however, will not be as robust as the sum of eleven, in totaling the year 2009.

Still it is important to acknowledge the influence of all the numbers in any year evaluated because every number will have a degree of influence. The total number has a major influence, while all peripheral numbers wield minor power.

The number one possesses the potential for renewal and is symbolically suggestive of a metamorphosis. It can inspire individualism, self-assurance, creativity, leadership, self-development, and independence. It is a number of leadership and initiation. It is a very powerful number.

The number two is a diplomatic number. It owns the potential for pairings, partnerships, putting others first, dynamic duo. A balance with the two comes from the pairing of opposites. The two inspires people to seek peace in all relationships and situations.

When calculating any number in numerology such as the year, the life path, or the name number, always remember that master numbers such as 11, 22, or 33 are never reduced to a single digit. They always remain intact. 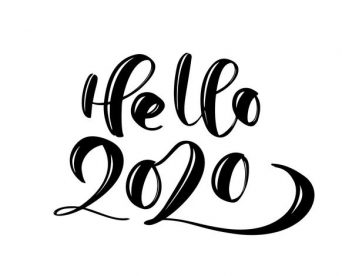